Mexican food is one of my family’s favorites. We have a local Mexican restaurant that we love, but I’ve made a conscious decision to not eat out as much. But – today, I was craving Mexican. I decided to make chicken fajitas.

I started with 2 chicken breast, cut into thin strips – you know, just like the fajitas you get at your favorite restaurant.

I was only adding peppers and onions to my fajitas – I used one red bell pepper, one green bell pepper and one yellow bell pepper – along with one yellow onion. I sliced them all into thin strips.

I decided to use my cast iron wok to make the fajitas – but, you can use any large skillet. I started by spraying some avocado oil spray in the wok. I added my chicken and seasoned with 1/2 of the seasonings that the recipe calls for.

I cooked it just long enough to brown the chicken. I, then, removed it from the wok.

I sprayed a little more avocado oil in the pan and added in my vegetables, along with the remainder of the spices.

I stir fried them until they started to soften.

I added the chicken back in the wok to finish cooking.

After stir frying the chicken and vegetables for a bit, I used a lid from a large skillet to cover the pan – and allowed it to cook for another 15 minutes or so.

After removing the lid, the chicken fajitas were ready to go.

I ate mine on flour tortillas, topped with sour cream and salsa.

Follow Michelle Can Cook! on WordPress.com
Join 76 other followers 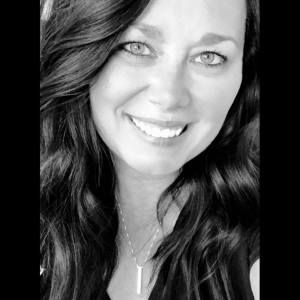